Brian Day, an advocate for private health care who runs a Vancouver-based private clinic, is seeking to overturn a 2020 Supreme Court of British Columbia decision, Cambie Surgeries Corporation v. British Columbia (Attorney General), that dismissed his claim against the province. In his claim, Day argued that the British Columbia’s health care system “denies patients the right to timely care”, that “patients have a constitutional right to pay for private care when wait times in the public system are too long,” and that the restriction of “private, for-profit health care” through prohibitions on billing practices violates constitutional rights, namely the right to life, liberty and security of the person and the right to equality as per sections 7 and 15 of the Canadian Charter of Human Rights and Freedoms, respectively. Day filed this claim after being “found guilty of illegally overcharging patients almost half a million dollars in a 30-day period.”

The legislation that was being challenged in Day’s lawsuit was articles 14, 17, 18, and 45 of British Columbia’s Medicare Protection Act (MPA) and article 3 of the federal Canada Health Act (CHA). These Acts prohibit health care professionals in the public sector from engaging in certain practices that closely resemble those of privatized health care systems, including directly billing insured patients for medical services that are available in public health plans, as well as billing directly for services that are billed in a provincial plan. In essence, these Acts serve to “protect equitable access to care for all” and to prevent a system of ‘duplicative health care,’ whereby patients are able to receive the same services by a particular practitioner through both public and private health care systems.

Although private payment for services insured by Medicare programs are allowed in provinces like British Columbia and patients can legally be billed privately, health care professionals can only do so if they do not simultaneously provide the same services in public facilities, such as hospitals. Therefore, doctors are prohibited from “billing patients or their insurance companies” in private clinics while also being remunerated by the government for the same services they provide in the public sector.

Other provinces in Canada have similar legislation as the MPA. For example, Nova Scotia enacted the Health Services and Insurance Act in 1989, and Ontario enacted the Health Care Accessibility Act in 1990. These Acts reflect legislative efforts to preserve Canada’s health care system in order to ensure universal access to medical and other services, to prevent creating financial incentives for physicians to practice in the private sector, and to avoid a phenomenon whereby a patient can choose to consult their physician through the private sector as a means to receive “better” care, for example through shorter wait times.

Although Allen’s claim was dismissed both at trial and on appeal, in Chaoulli v. Quebec (Attorney General), the Supreme Court of Canada found that section 15 of the Health Insurance Act and section 11 of the Hospital Insurance Act violate both section 7 of the Canadian Charter and section 1 of the Quebec Charter, and that neither violation is justified. Notably, the purpose of these statutes is to “promote health care of the highest possible quality for all Quebeckers regardless of their ability to pay” [49]. The plaintiffs claimed that these sections constitute a prohibition on private health insurance that “deprives them of access to health care services that do not come with the wait they face in the public system” [2]. In their reasons, the Court held that “by prohibiting health insurance that would permit ordinary Canadians to access health care…the government is failing to deliver health care in a reasonable manner, thereby increasing the risk of complications and death” [124]. 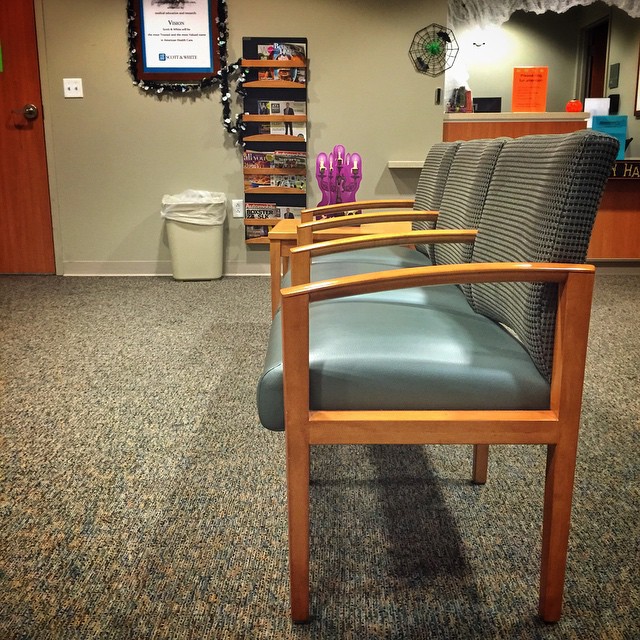 Long wait times is one of the major criticisms of the Canadian health care system. || (Source: CreativeCommons//tswicegood)

It may appear advantageous in theory to grant patients unregulated access to both public and private health care systems, however a two-tier health care system warrants some caution. For example, according to Jonathan Penner, a lawyer for the government of British Columbia, “the frail and elderly, patients with complex conditions, and those with severe mental illness and/or substance-use issues would be particularly disadvantaged because regulating a public-private system that could invite American-style insurers would come at a high cost and take money away from public health care.” Moreover, Penner argues that under this type of system, “wait lists for patients requiring palliative care as well as emergency and urgent services” would increase because health care practitioners would be drawn to private clinics, thus enabling them to make money in both public and private systems for the same procedures.

In addition, according to the Canadian Health Coalition, a two-tier system would allow doctors in private clinics to ‘cherry pick’ patients who are willing to pay for treatment and can be treated relatively quickly and easily, with more serious, chronic or complex cases being left for the public system. This system would also increase wait times for most Canadians by removing doctors from the public system and favouring those who pay for care. Lastly, it would enable doctors in the public system to set their own fees in private clinics and private insurers to profit from “publicly-covered care from wealthy citizens ready to pay for care.” It is clear, therefore, that the detriments associated with this type of system are severalfold.

An ideal solution is a health care system that focuses on equity to preserve the principle that all Canadians should receive health care based on what they need, as opposed to what they can pay. As stated by Former Federal Minister of Health Patty Hadju in 2020, “all Canadians deserve universally accessible

health care … Patient charges — whether they take the form of charges at the point of service or payment for private insurance — undermine equity.”

Moreover, in order to prevent the quality of health care in Canada from eroding, measures have been implemented at the provincial level as a means to remedy some of the biggest shortcomings associated with the Canadian health care system. For example, “E-consultations” in Saskatchewan, as well as rural Ontario’s Virtual Triage Assessment Centre both serve to decrease wait times for medical care. However, we remain only at the tip of the iceberg, and more must be done at all levels of government to ensure that Canada’s health care system is truly considered to be an equitable one.

Ian Bernstein is a Senior Online Editor for the McGill Journal of Law and Health, and a third year JD/BCL student at McGill University’s Faculty of Law. Prior to beginning law school, Ian completed an undergraduate degree in psychology and linguistics at McGill. During his undergraduate studies, Ian completed two honours theses, one of them being in the McGill Health Psychology Laboratory, which is where his interest in health law stems from. Ian was also involved in research through having been the recipient of an NSERC Undergraduate Student Research Award in 2017, as well as a Psychology Undergraduate Research Award in 2018.