On December 15, 2021, Canadian Blood Services (CBS), in a submission to Health Canada, recommended that the ban on blood donations from men who have sex with men (MSM) be repealed. Currently, MSM can only donate blood if at least three months have passed since their last sexual encounter. In its proposal, the non-profit organization suggested that screening should instead be centered on high-risk behavior among all donors such as having numerous sexual partners. Health Canada, which regulates CBS, needs to respond to the recommendation before it can be implemented. This blog post will discuss the history of the ban and whether it is truly effective and necessary in protecting those who receive blood donations from contracting HIV/AIDS and other blood-borne sexually transmitted diseases. It will also examine the constitutionality of the ban and Health Canada’s role in eliminating it.

History of the ban

The history of the ban on blood donations from MSM dates back to the 1980s, when HIV and AIDS first appeared in Canada. Although not much was known about the virus at the time, it was clear that it disproportionately affected MSM, who constituted approximately 61% of AIDS cases. The lack of understanding of AIDS fueled fear, confusion, and prejudice against MSM. AIDS was called GRID (gay-related immune deficiency) before 1982, and at one point it was even known as the “4H disease,” a reference to the “hemophiliacs, heroin addicts, homosexuals, and Haitians” who were its predominant victims. Nevertheless, MSM were an important part of the blood donor pool and were much more supportive of blood drives compared to other groups. Therefore, the Canadian Red Cross Society (the predecessor to CBS) hesitated to ban them from donating blood when AIDS first emerged in Canada.

In 1985, in a public health crisis known as the Tainted Blood Scandal, over 2,000 Canadians contracted HIV and 30,000 contracted hepatitis C from blood products collected by the Canadian Red Cross Society, who failed to appropriately test and screen donors for blood viruses. Following the Tainted Blood Scandal, the Canadian Red Cross Society started testing all blood products for viruses like HIV and hepatitis C, and in 1992, introduced a lifetime ban on blood donations from MSM. Since blood transfusions remained urgent in saving lives and no cure existed for HIV/AIDS, the Canadian Red Cross Society deemed that testing blood products for viruses was insufficient to maintain the safety of the blood supply. Instead, banning high-risk groups of transmissible viral infections such as MSM from donating blood was seen as the only way to protect the blood supply.

In 2013, the policy was changed from a lifetime ban to a deferral period of five years by CBS. This meant that MSM had to remain abstinent for five years prior to donating blood. In 2016, the deferral period was reduced to one year, and, in 2019, it was further reduced to three months, which is the “window period” after infection during which CBS’s testing process is unable to detect HIV in blood. 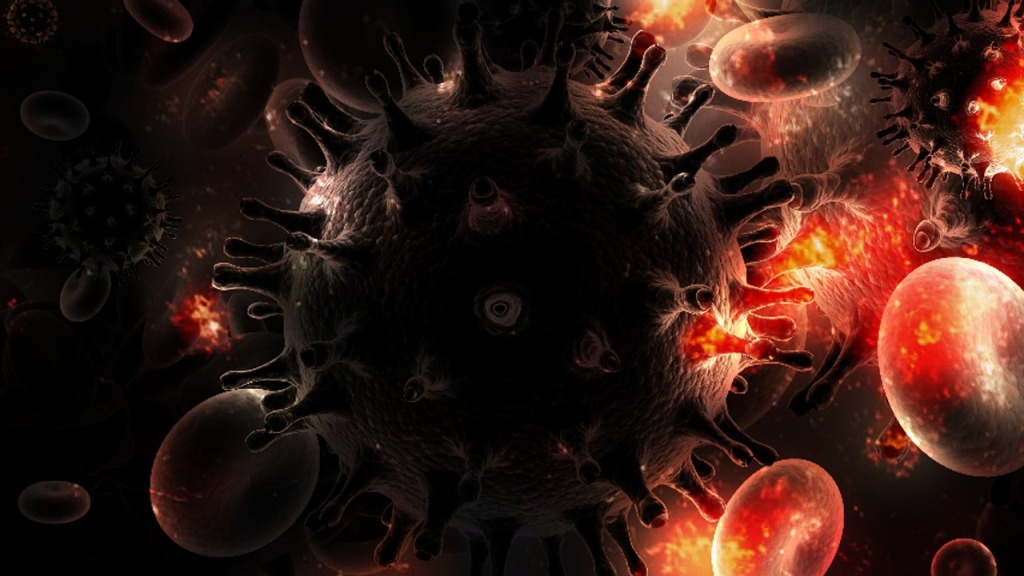 Following the Tainted Blood Scandal, the Canadian Red Cross Society started testing all blood products for viruses like HIV and hepatitis C, and in 1992, introduced a lifetime ban on donations from MSM. || (Source: pixabay // Darwin Laganzon)

Is the ban necessary and effective?

CBS and Héma-Québec have long asserted that more research is needed to disprove the effectiveness of deferral periods for MSM. However, research has shown that the ban is unnecessary, ineffective in ensuring the adequacy of blood supply, and poorly targeted. For instance, documents obtained by Vice News in 2020 from Health Canada, CBS, and Héma-Québec, ranging from 2016 to 2018, show that screening is highly effective at detecting HIV in blood, with no cases of HIV infection from blood transfusion being reported in more than 25 years. Héma-Québec reported that seven donations tested positive for HIV from 2008 to 2015 and that screening caught the blood donation from each HIV-positive donor. Furthermore, the modification of the ban from a lifetime to five years to one year has had no substantial effect on transmissible disease rates. The documents demonstrated that the risk of contracting HIV from the blood donor system is one per 21.4 million units transfused — half as likely as hepatitis C and three times less likely than hepatitis B. Although MSM make up about half of all new HIV infections, moreover, Health Canada recognized that MSM are more likely to be aware of their HIV diagnosis compared to other risk groups and that people with diagnosed HIV infections are unlikely to donate blood.

Is the ban unconstitutional?

The ban on blood donations from MSM has attracted criticism from organisations and advocates who claim that CBS discriminates on the ground of sexual orientation, and thus infringes the right to equality under s.15(1) of the Canadian Charter of Rights and Freedoms. However, on September 8, 2010, in the case of Freeman v. Canadian Blood Services (CBS) and the Attorney-General, the Ontario Superior Court rejected a claim that the CBS has been in violation of s.15 of the Charter by refusing blood donations from MSM since 1977. The case originated in 2002 when Kyle Freeman was sued by CBS for negligent misrepresentation and damages after he lied on the blood donor questionnaire in order to be eligible to donate blood, falsely stating that he had not had sexual relations with men since 1977. Freeman countersued CBS and Health Canada on the basis that the question violated s.15 of the Charter, pursuant to which he had the right to not be discriminated against based on sexual orientation. He asked that the Court order a change to the following question in the blood donor questionnaire: “Men have you had sex with another man, even once since 1977?.”

In the decision, Justice Aitken stated that in order to argue a violation of s.15(1), the claimant must demonstrate that “the unequal treatment complained of [involves] a benefit conferred by the law or a burden imposed by the law” [393]. However, in this case, Freeman failed to clearly indicate what benefit provided by law had been denied to him and granted to others or what burden imposed by law had been applied to him but not to others [400]. Justice Aitken recognized that giving blood procures benefits such as feeling connected to one’s community and increasing one’s sense of self-worth. She concluded, however, that there is no law or government policy that gives Canadians the right to donate blood or that has the underlying policy objective of conferring Canadians the benefits associated with giving blood [401]. Instead, she characterized blood donation as a gift that is freely offered and freely received or declined [403]. Furthermore, she found that Freeman hadn’t proven that that the distinction created by the MSM donor deferral policy was based on sexual orientation, explaining that the policy is based on health and safety considerations, namely, the higher rates of HIV/AIDS and other blood-borne sexually transmitted diseases among MSM and the need to protect the safety of the country’s blood supply [452]. Finally, she wrote that donors have a duty to answer the blood donor questionnaire honestly and that the need for a lifetime ban wasn’t demonstrated. 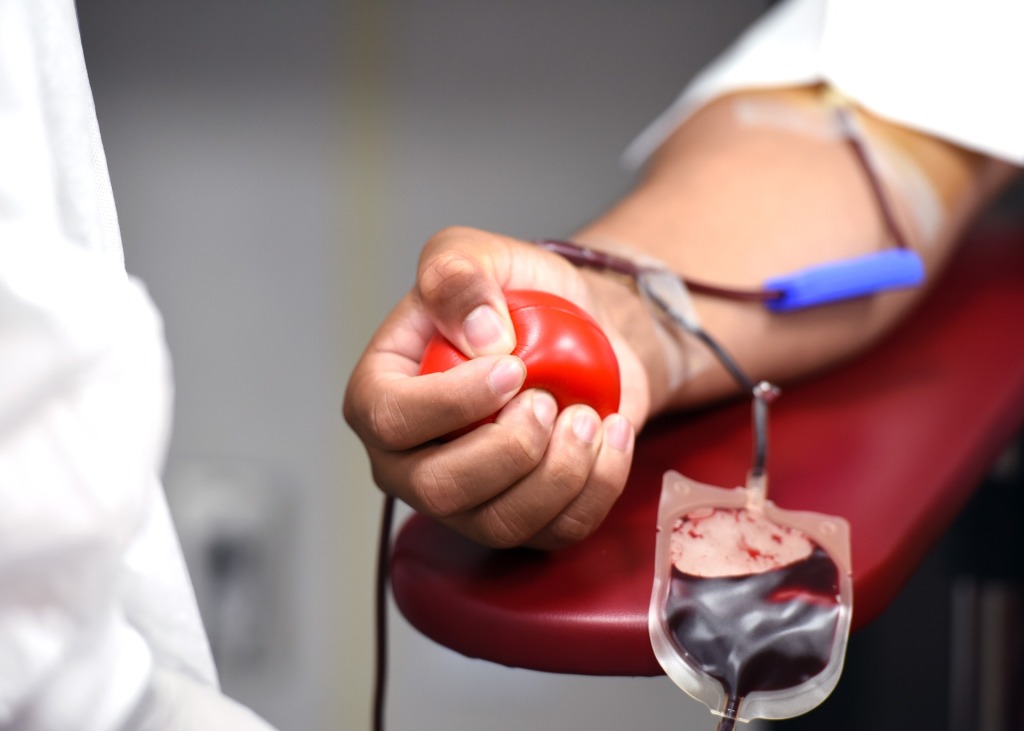 The ban on blood donations from MSM has attracted criticism from organisations and advocates who claim that CBS discriminates on the ground of sexual orientation, and thus infringes the right to equality under s.15(1) of the Canadian Charter of Rights and Freedoms. || (Source: pixabay // Michelle Gordon)

If CBS’s long-awaited submission to Health Canada were to be approved, it would completely lift the ban on blood donations from MSM. Moreover, the current blood donor questionnaire, which is based on gender and sexuality, would be replaced by a lifestyle-based questionnaire, in which all donors are asked about the number of sexual partners or the frequency of unprotected sex they’ve had, in order to screen for potentially-infectious diseases. If this were to happen, Canada would follow other countries such as the United Kingdom, Italy, and Spain where lifestyle-based questionnaires are used.

Laiba Asad is the Executive Online Editor of the McGill Journal of Law and Health. She is in her second year of the BCL/JD program at McGill University’s Faculty of Law. Prior to beginning law school, she completed her DEC in Health Science (IB) at Collège Jean-de-Brébeuf.