The Canada Health Act (1984) established universal health care in Canada with five principles, one of which is accessibility—insured Canadians should not be impeded from reasonable hospital and physician services. But there is ample evidence that the medical outcome of low-income people is not what was originally intended by the legislation; they are disproportionately less healthy than the rest of the population. The late sociologist and former University of Laval professor André Billette highlighted two studies that looked at health outcomes of the poor in Canada in 1979. One, led by Philip Enterline, formerly a biostatistician at the University of Pittsburgh, found that in Montreal, the poor made the most doctors’ visits. Another was by University of Ottawa’s Pran Manga, who found that, between 1974 and 1975, the lower the family income, the greater the use of all types of medical services – significantly more for members of families making under $4,000 (approximately $18,000 in 2019, when adjusted for inflation). 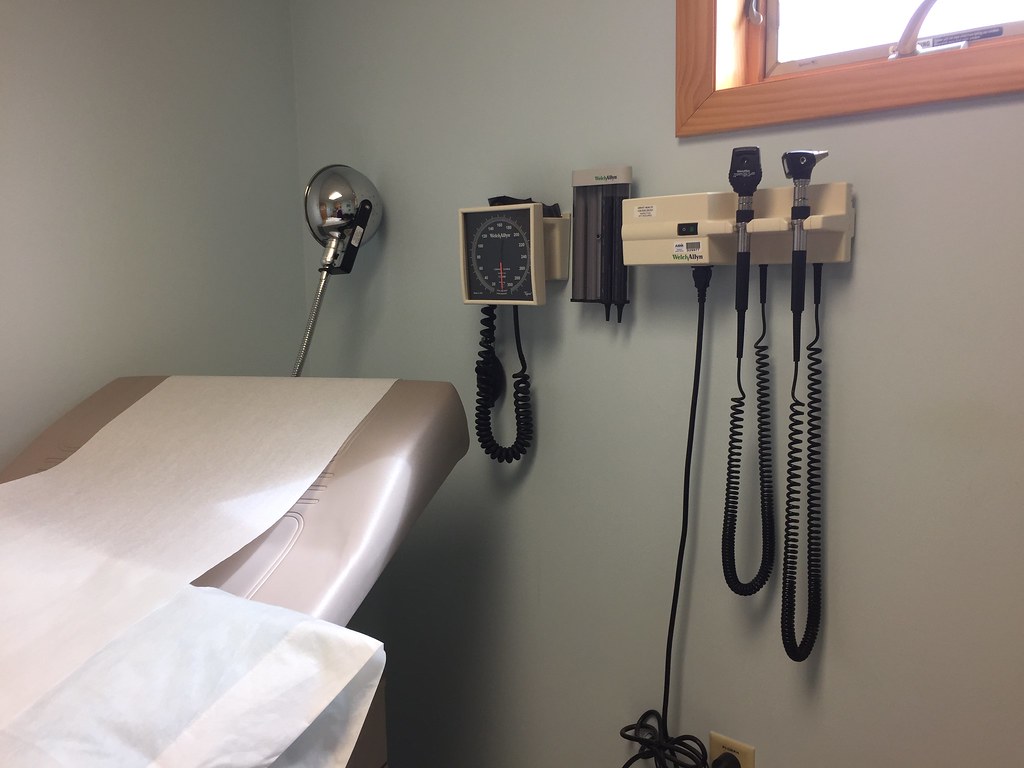 The lower the family income, the greater the use of all types of medical services || (Source: Flickr // Aimee Dars Ellis )

Nicholas Vozoris and Valerie Tarasuk, of the University of Toronto, observed in 2004 that a family on welfare was more likely to report diseases associated with general, mental, and social health than a respondent household that was not on welfare. In fact, they were even found to be more at risk than members of other low-income groups, including the working poor. Despite finding a correlation, the researchers cautioned that their model could not prove a causal link. That being said, more than 3.4 million Canadians are currently eligible for welfare and Vozoris and Tarasuk’s conclusions would suggest that a significant portion of them may be at risk for income-related health issues, due to problems with hunger, affording special diets and exercise, and buying essential medicine and medical supplies.

The Link between Poverty and Food Insecurity

Patricia Collins, of Queen’s University, and her colleagues claimed there is an established link between poverty and food insecurity, and their associated non-communicable diseases. Household food insecurity (HFI), according to Collins, is the “inability to consume an adequate diet quality or sufficient quantity of food in socially acceptable ways.” 3.8 million Canadians, or 12% of households, were considered food insecure in 2014.

65% of welfare recipients are considered food insecure, with 27% of them being extremely food insecure. 37% of those on worker’s compensation or employment insurance also experience food insecurity. People suffering from HFI report poorer mental, physical, and oral health than the general population. They suffer from diabetes, heart disease, hypertension, and depression at a higher rate than the general population, and these conditions are exacerbated by stagnant or negative income growth in poor households and rising costs of food and basic necessities.

Studies clearly show that poverty and illness can form a vicious cycle, affirming the work of 19th century British public health pioneers Edwin Chadwick and William Farr. So what can be done about it?

Billette and his colleague identified four categories of poverty reduction: redistribution of income to the poor; reduction of regional inequalities; community-based, non-social service focused programs, for example, initiatives for young people; and local social services that benefit everyone. Income redistribution can be done in three ways. The government can redistribute through public expenditures on public services, although, citing two studies, Billette found the effectiveness of this approach to be inconclusive. Simple transfer payments – towards universal transfers, old age security, and guaranteed income supplement – are also possible. The third way to redistribute wealth is through corporate and personal income taxes, although the former tends to be passed onto consumers in the form of higher prices and the latter makes low-income Canadians pay more proportionally compared to those in higher income brackets.

Deanna Williamson, of the University of Alberta, claimed, “efforts to improve the health of Canadians are intricately linked to policies and programs that reduce poverty and its negative influences on health.” Her study collected information about health sector initiatives addressing poverty from Health Canada, 12 provincial and territorial health ministries, and 49 of 137 health regions – including Ontario’s district health councils. Specifically, she identified policies, programs, and projects that addressed poverty. 53.1% of the health initiatives Williamson identified focused on poverty and its negative effects on health. 20.5% of the initiatives’ objectives were targeted toward poverty: to raise awareness about poverty, to keep people from becoming poor, to enhance skills in people living in poverty, and to change social and economic conditions leading to poverty. Williamson also found that Health Canada is employing “significantly fewer” strategies to address poverty than ministries at lower levels. In addition, 46.9% of the initiatives targeted marginalized populations such as teen parents and their children, Indigenous peoples, IV drug users, and new immigrants. All of this hints at the infringement upon another tenant of The Canada Health Act, which guarantees that all Canadians are entitled to public health insurance coverage on equal terms and conditions.

According to Williamson, there is an “ever-growing body of evidence about the detrimental effects that poverty has on health…Necessary as individual and family-focused strategies may be in improving the health and quality of life of Canadians in poverty, they do little to reduce the number and proportion of people in poverty. The most effective way to decrease the negative health consequences of poverty is, first and foremost, to reduce poverty.” Some of the causes of poverty are changing labour market conditions and insufficient social assistance benefits and minimum wages. 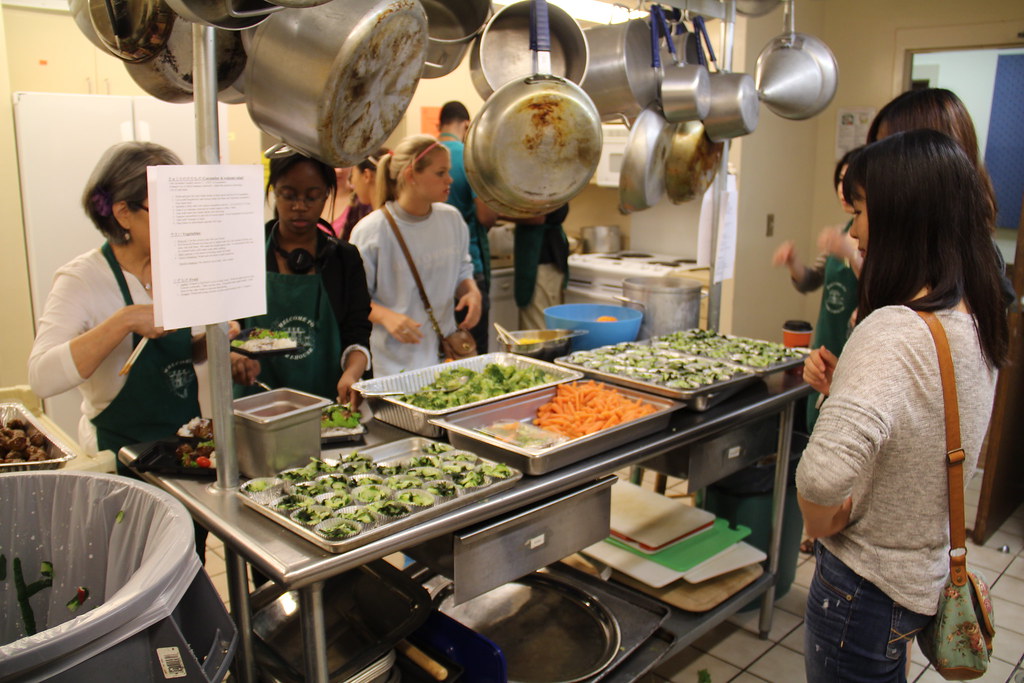 Collins and her colleagues found a correlation between the risk of HFI and decreasing income. They proposed a model to address HFI, in which poverty alleviation works alongside charities (like food banks), household improvements and supports (like community food kitchens), and community food systems (like food charters). These are all municipal-level efforts. The scholars predicted that generous income support programs (like social assistance, child care benefits, and housing supports) from the government would resolve the root causes of poverty in the community.

With the link between poverty and poor health established, I will now turn my attention to possible solutions. Economic solutions – from the macro to the micro levels – exist as well as community-based, governmental, and legislative channels. In any case, poverty must be addressed as a component of improving health outcomes for low-income Canadians.

I will continue my investigation into the link between poverty and poor health outcomes, as well as explore possible solutions to poverty-related health inequities in Part II.

One thought on “Improving Health Outcomes through Poverty Reduction: Part I”