“In every society there are those who commit criminal acts because of mental illness. The criminal law must find a way to deal with these people fairly, while protecting the public against further harms. The task is not an easy one.” [Justice McLachlin in Winko v B.C.]

Several high-profile Canadian cases (e.g., Allan Schoenborn, Guy Turcotte, Vincent Li) brought much media coverage, societal attention, and community backlash to the Criminal Code’s section 16 liability regime—Not Criminally Responsible on account of Mental Disorder (NCR). The public outcry stemmed from a lack of understanding of mental health, criminal law procedures, and the NCR regime itself, culminating in an amendment in 2014. For an appreciation of these changes, it is important to gain a bit of historical perspective as to the development of the current regime.

The History of the NCR Defence

The NCR defence was introduced following the 1992 amendments to the Criminal Code and replaced the Not Guilty by Reasons of Insanity defence (NGRI), which absolved criminal responsibility. The accused would come under the authority of the State and could be indefinitely detained until otherwise decided by the lieutenant governor. In addition, the NGRI defence could be raised by either party and effectively could be used as a means of involuntary and indefinite imprisonment with no mandatory review imposed on the State. The NGRI regime put the safety of the public above the interests of the accused and offered no procedural protection for the mentally ill. Offenders could not appeal the decision and were left in psychiatric institutional detention to the deference of the lieutenant governor – the only official endowed with power to allow their reintegration into society.

Under the old NGRI regime, a person with mental health issues could be detained involuntarily for an indefinite amount of time. || (Source: Flickr // Paul Hudson )

In R v Swain (1991), the Supreme Court of Canada (SCC) found the NGRI regime unconstitutional and pushed Parliament to enact new legislation for mentally ill offenders. Specifically, Chief Justice Lamer writing for the SCC majority, took issue with the NGRI regime’s automatic detention being subjected to the lieutenant governor’s beneficence and enabling potential indefinite detention. The SCC ruled that this violated section 7 (right to life, liberty, and security of the person) and section 9 (right not to be arbitrarily detained) of the Canadian Charter of Rights and Freedoms. The SCC struck down the regime, read down its current application, and asked Parliament to write new legislation within six months. And so, in 1992, Bill C-30 amended the Criminal Code, introducing the Review Board, a provincial/territorial tribunal with authority over mentally ill offenders, which thereafter introduced the new NCR regime via section 16.

Importantly, the new NCR regime introduced new procedural safeguards, stipulating that only the defence may raise issues of mental deficiency (there are some exceptions that are beyond the scope of this article), thus respecting the choice of the accused who may not wish to raise the NCR defence for a variety of reasons. Once raised, mental incapacity for the offence must be proved on a balance of probabilities (i.e., that is it more probable than not that the accused was suffering from a mental disorder at the time of the offence). When an accused is found to not have been in the “right” state of mind to appreciate the nature and quality of their acts, or could not form the requisite intent (i.e., mens rea or guilty mind), due to a “disease of the mind”, the accused will be found NCR. This ruling is not synonymous with an acquittal as the individual is deemed to have committed the offence – actus reus – but was lacking the mens rea component necessary for a guilty verdict. 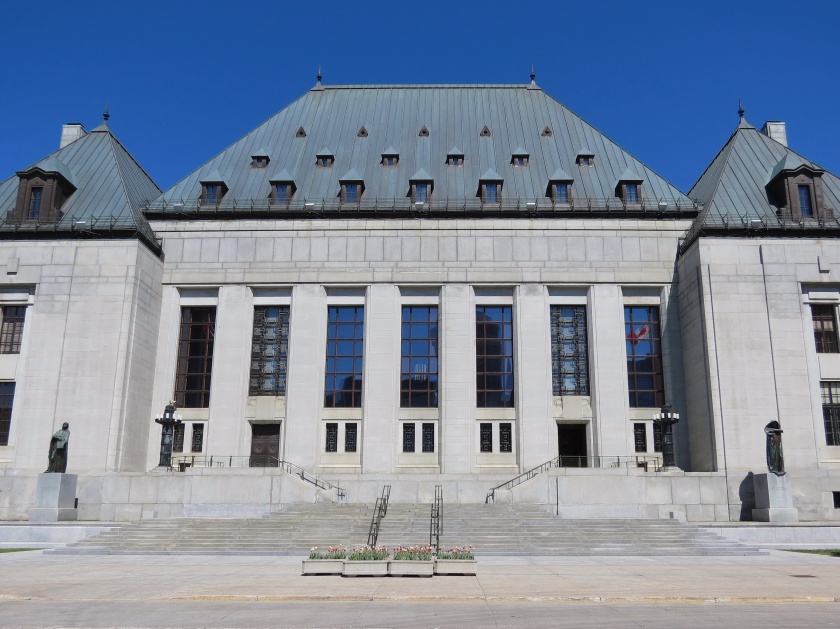 The Role of the Review Boards

Once an accused is found NCR, they fall under the authority of the province (or territory) and will receive treatment until such a time as they no longer pose a threat to society. The ultimate goal is to reintegrate the individual into society, while weighing the safety of the public against the rights of the accused. The provincial authority is embodied by the Review Board whose purpose is to review and modify dispositions to NCR offenders. Review Boards are administrative courts specialized in mental health and criminal law which require the presence of at least one psychiatrist and/or a physician with a different specialization, in addition to a mental health practitioner. The Review Board must set dispositions for the accused on a yearly basis, taking into account public safety, the mental condition of the accused, and the goal of societal reintegration. In Winko v BC, the accused posed a section 15 (equality under the law without discrimination) Charter challenge of section 672.54 of the Criminal Code, claiming that it placed an unfair burden on the accused to disprove dangerousness as failing to do so could lead to indefinite detention – reminiscent of the NGRI’s lieutenant governor’s discretion. The SCC rejected this argument but specified that the Review Board must order the least onerous and restrictive disposition available, unless the accused poses a significant threat to the public. Ultimately, following Winko the SCC stipulated that “[if] the accused is not a significant threat to the safety of the public, by order, direct that the accused be discharged absolutely.”

In 2005, however, a shift in policy (Bill C-10) began affecting the NCR regime, where victims’ rights were bolstered at the expense of offenders’ liberty. For instance, Review Boards now had to inquire whether the victim knew about their right to submit an impact statement and could potentially adjourn the hearing if this right had been infringed by not informing them of their right to submit said statement. Importantly, the Review Board could now extend hearings by up to two years for offenders charged with a serious personal injury offence in detention and who were not considered likely to show behavioural improvement. This policy trend found public support following a series of brutal offences (often involving the killing of children) and wide-spread media coverage of the perpetrators’ NCR proceedings. The visceral reaction is understandable given the brutal and shocking nature of the index offences being publicized, however, it is important to consider that these cases are of extremely rare occurrence: approximately 1 in 1000 cases are found NCR and 10% of these are for violent offences.

In response to increased public fear, parliament adopted a tough-on-crime approach such as 2014’s Bill C-14’s introduction of a high-risk accused designation for persons with mental illness who have committed a serious personal injury offence and representing an increased likelihood of future violence. Furthermore, at Review Board hearings, the status of high-risk prevents the accused from obtaining any type of non-medical related leave from the hospital or detention centre. The new legislation increases the permissible interval between review hearings to a maximum of 36 months rather than the usual annual review given for other NCR individuals. Finally, once the Review Board is satisfied that the accused no longer poses a substantial risk, they must refer the case to the Superior Court for review, which is the only court with the power to revoke the high-risk status.

Three years since its introduction, no court has yet given an NCR offender the high-risk status. Most notably, the case of Mr. Schoenborn, who was found NCR in 2010 for the killing of his three children, has set a precedent in the applicability of the new designation. In 2015, the Crown petitioned the Supreme Court of British Columbia to have Mr. Schoenborn designated as a high-risk accused. The Court avoided ruling on this new piece of legislation by claiming that it did not operate retrospectively. However, in 2017, the Crown once again applied to have Mr. Schoenborn found high-risk, and this time, the Court ruled that the dangerousness of the accused must be assessed at the “present” time. Therefore, even if “high-risk” was introduced in 2014, the statute was not applied retrospectively.

In 2005, however, a shift in policy began affecting the NCR regime, where victims’ rights were bolstered at the expense of offenders’ liberty.

There is little doubt, however, that eventually an NCR offender will be labelled high-risk and this is likely to bring forth many of the same Charter challenges as the initial NGRI regime (i.e., s.7, s.9, s.15). In addition, it is fair to assume that an increasing “high-risk” designated population would strain current facilities and associated resources due to their long-term mandatory detention. These changes appear to stem from a change in the past fifty years that witnessed a shift from institutional care (such as psychiatric wards) toward community-based intervention in mental health. However, lack of community resources, and increasingly complex clinical and psycho-social profiles resulted in many individuals in need of institutional care coming instead in contact with the criminal justice system.

Loïc Welch is an Online Editor of the McGill Journal of Law and Health and a first-year B.C.L./LL.B. student at McGill University’s Faculty of Law. Loïc holds a M.Sc. in Forensic Psychology from Maastricht University (Netherlands), was a research assistant at the Douglas Mental University Institute in Montreal, and interned at the Professional Clinical and Forensic Services, a part of the Institute on Violence, Abuse, and Trauma in San Diego, California.